The Schuylkill River had won the battle. It was very early in the triathlon, and I was defeated. I couldn’t calm my nerves down enough to a point where I could swim.

I figured I’d better quit before I drowned. So I waved down the lifeguards to come get me with the boat.

“At least you did better than all those people who are at home sitting on their couch!”

The volunteer meant well. She was trying to comfort me as I cried walking back to my bike. I was devastated. I was embarrassed. I was disappointed in myself.

Months and months of diligent training out the window.

Upon arrival at the transition area, I realized I had a choice.

I could pack everything up, go home, and continue my meltdown. Or I could suck it up, and finish the goal I had when I woke up that morning: complete a triathlon.

I completed a triathlon that day.

But it looked a whole lot different than the one I planned.

After my anxiety attack in the water, I got on my bike and set off to tackle the 20km for the race.

My spirits were starting to lift after riding a few minutes. That’s when the bird pooped on my leg.

Eventually, I finished. Next I completed the 5K run.

Afterward I packed everything up, and made my way to the gym. There, I completed the half-mile swim in the basement pool, rather than the Schuylkill River.

Sometimes you’ll feel like you’re drowning. Other times you will get pooped on. You will want to go home and cry and have a meltdown.

Entrepreneurship is hard. It is emotionally grueling. But when you accomplish your goals, it’s one of the best feelings ever.

So as you go about working to make your business building dreams come true, use these lessons to help you cross the finish line.

1. Sometimes you have to quit a plan

Quitting has a bad reputation. But in certain situations, it is exactly what is necessary.

Seth Godin explained how we should think about quitting in his book,The Dip.

Strategic quitting is the secret of successful organizations. Reactive quitting and serial quitting are the bane of those who strive (and fail) to get what they want. And most people do just that. They quit when it’s painful and stick when they can’t be bothered to quit.

Too many entrepreneurs quit their dream, when they really should be quitting their plan. They quit reactively, rather than strategically.

But if you are clear about your purpose, and your mission, there’s no reason you have to give up on it. You just may need to spend a bit of time finding the right approach to accomplishing your goals.

Here’s how Stephen Guise, author of Mini-Habits put it:

We’re quick to blame ourselves for lack of progress, but slow to blame our strategies. Then we repeat them over and over again, trying to make them work.

But here’s the thing – if you fail using a particular strategy more than a few times, you need to try another one. It doesn’t matter if it works for everyone else if it doesn’t work for you.

Swimming in the Schuylkill River wasn’t working for me. So I had to quit that plan. But I still completed my mission.

Ditch the plan that isn’t progressing you toward your goal. Then redirect your energy on finding one that will.

2. Sometimes you will get pooped on

Partners will quit. “Done deals” will fall through. At times no one will notice or care when you finally launch that project you put blood, sweat, and tears into.

It happens. And it doesn’t feel good when it does.

But poop washes off. It doesn’t leave a permanent stain. Unless you let it sit and wallow in it for far too long. The lingering effects of doing that causes more damage.

So don’t let poop stick around.

What’s the best way to make sure unfortunate circumstances don’t hold you back?

Anticipate that they are going to come. Train for them. Be prepared for them. So when they do rear their ugly head, you are ready to handle them.

Bob Bowman has trained many Olympic swimmers over the years, including Michael Phelps, the most decorated Olympian of all-time. One of Bowman’s approaches, was to prepare his swimmers to perform at a high level, even in less than optimal circumstances:

We want to teach swimmers to get the best possible performance in the worst possible conditions. Because that’s what these Olympics are like…So, I do a lot of techniques like stepping on goggles, and the like…I stepped on [Phelps’] goggles so he would practice swimming with his goggles filled up with water when he was little one time.

Came back in Beijing, his goggles filled up with water in the 200 fly. And we were glad we did that, cause he just counted his strokes.

Life has its own plans. And they are independent of yours.

3. The outcome may not look like what you thought

Sometimes life will reroute you. Even though you may start out with a clear plan of what you want to accomplish, there are times where you need to be flexible to flow with where the market is taking you, rather than trying to force something to happen.

While this philosophy sounds good in theory, the challenge is that people get so married to their idea of how something has to work, they hold onto it with a death grip.

That grip can prove disastrous if you ignore the signals warning you of impending danger ahead.

But the idea is just the spark. It’s what sets you in motion on a path of discovery.

Here’s how Jon Nastor, author of Hack the Entrepreneur put it:

Every business you see around you started from an idea that is either a slight variation of the founder’s original idea, or a 180-degree pivot from the original idea. Ideas are the starting point, not the end goal: they get us thinking about products, services, markets, and prices, but the idea itself does not create a business.

When YouTube first launched, it was initially intended to be a video dating site. But the founders struggled to get people to upload videos of themselves talking about their ideal partners, even after offering to pay them $20 for it.

As a result, the founders had to adopt a different approach. The abandoned their dating concept and opened it up to any video. A year later, it was acquired by Google for more than a billion dollars. And now, it’s the world’s second largest search engine.

Make sure you’re agile enough to pivot in a way that enables you to reach your ultimate goal, even if it looks different from what you initially imagined.

The truth about entrepreneurship

It will reveal what you are made of. It will expose all your weak points and insecurities. It will test you for longer than you feel you can bear.

But the experiences will make you better if you let them.

You will succeed if you learn from the trials and persist.

So don’t get discouraged when your journey to becoming a successful entrepreneur doesn’t roll out quite as smoothly as you hoped it would.

Know that the challenges are a part of doing it. And they will be a fertile source of great stories for you to tell once you’ve crossed the finish line. 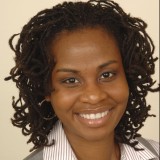 Sonia Thompson is the founder of TRY Business. She’s on a mission to help you build your dream business so you can make life better.